To help personalise content to your interests, remember you, tailor and measure ads, provide a secure experience and improve our services, we use cookies. By using or navigating the site, you agree to collection of information through cookies. Learn more, including about available controls, using the More Information link. You can use these controls now or later. 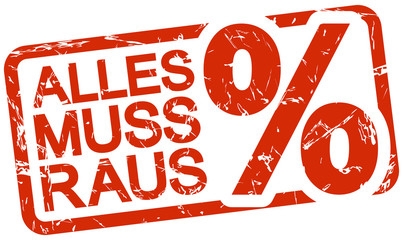 Armani - Watches for men and women

Sporty chronographs and noble watches from EMPORIO ARMANI guarantee a fashionably perfect appearance down to the last detail. Their timeless elegance and stylish design, as well as the use of high-quality materials such as mother-of-pearl dials and gemstone trimming inspire women and men alike. ARMANI WATCHS complement almost every outfit perfectly due to their slim form. With the Emporio Armani watches for women and men everyone will find what they are looking for; read on
Sort by Filter

Whether you're looking for the right accessory for your evening dress and tuxedo or a chronograph that goes perfectly with your sporty leisure outfit. Emporio Armani watches are the perfect combination of timeless design and highest quality. Even the first glance at the dial reveals the quality of these fashionable watches. The signature of the premium fashion label ARMANI is also unmistakable in its watches. Whether noble, classic, modern or elegant - you have the choice. Choose your favourite Armani ladies' or men's watch at top price now in your Timeshop24 and we will deliver your new favourite watch to your home free of shipping costs. On request also in a beautiful free gift packaging.

1975 - Birth of a legend. Nowadays Armani is the symbol par excellence when it comes to fashion.
Classical elegance in a class of its own - this is what the century designer Giorgio Armani has been known for for over 40 years. The stylishly cut men's suits made Armani, who launched his first collection in 1974, world famous. It almost never happened, because Armani, who saw the light of day in Piacenza, Italy, on July 11, 1934, originally wanted to become a doctor. After his studies were abandoned, Giorgio Armani first worked as a window dresser, exhibition arranger and finally as a fashion buyer and manager of the men's fashion boutique of the Milan department store La Rinascente. After 10 years of work for Nino Cerruti and several years of freelance work for Ungaro and Zenga, Giorgio Armani and his partner Sergio Galeotti founded the world-famous fashion label named after him in 1975. Just one year after the company was founded, he expanded into the USA and achieved an international breakthrough. He initially worked as a costume designer for blockbusters such as "A Man for Certain Hours" and "The Incorruptible". Nowadays, his elegantly cut suits and evening dresses are indispensable for the red carpets of showbiz. Hollywood stars like Anne Heathaway, Cate Blanchett, Leonardo DiCaprio or Denzel Washington, athletes like Bastian Schweinsteiger or Lionel Messi, singers like Ricky Martin, Rihanna and Eric Clapton - they all wear Armani. The initially small company is today an empire worth billions, with various fashion lines such as Giorgio Armani, Emporio Armani, Armani Exchange and Mani. These differ in price, but all reflect the classic handwriting of Giorgio Armani. Armani is considered to be obsessed with detail, uncompromising and perfectionist. And this perfection is appreciated by millions of customers worldwide. Giorgio Armani controls all company processes himself and watches over the image of the brand that bears his name. Despite all his successes, Giorgio Armani has remained down-to-earth. He enjoys spending Christmas with his family, many of whom hold various positions in the company. He always refused to go public with a typical reason. Firstly, he did not need any additional money and secondly, he did not want shareholders to dictate to him how he had to do his job. And who knows whether the century designer Giorgio Armani would have become what he is today: a style icon of the fashion industry.
filter by: